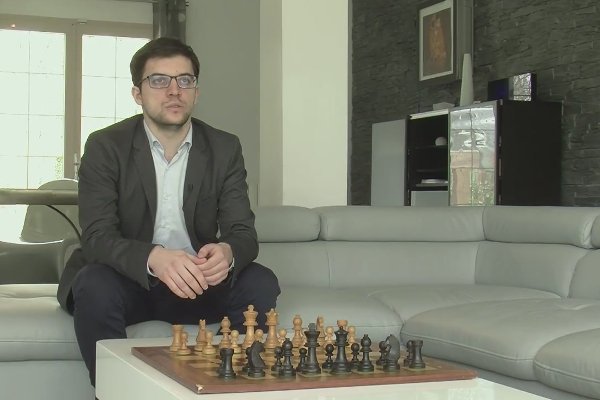 MVL are the initials of my name, Maxime Vachier-Lagrave. I am a professional chess player, worldwide known under these three letters, MVL.
Besides anything, I love chess. International Grandmaster at 14, I’ve decided to become a professional after I won the world junior title, at 19. Well-established in the world Top 5 since march 2016, I even had the honour to occupy spot #2, just behind world champion Magnus Carlsen, for two months in 2016 and one month in 2017.
Inside the pages of my website, you will be able to keep in touch with my news, and even sometimes, to discover my opinion on such or such matter. You will also access photos and videos, and will have the possibility to get in touch with me through the contact form.
I would like to send a big thanks to my fans, in France or abroad, and I can guarantee I will do my best not to deceive them !

He may be one of the very best chess players in the world, and he may have had a wide media coverage throughout 2017, MVL remains a champion you might still get to know
That’s the whole point of this 12-minute interview offered by his official website – mvlchess.com – which allows Maxime to introduce himself to everybody. The public at large will discover the figure of Maxime, while the chess lovers will find there informations of interest about his career, his approach of the game, his fellow competitors, or even the everyday life of a leading chess grandmaster.