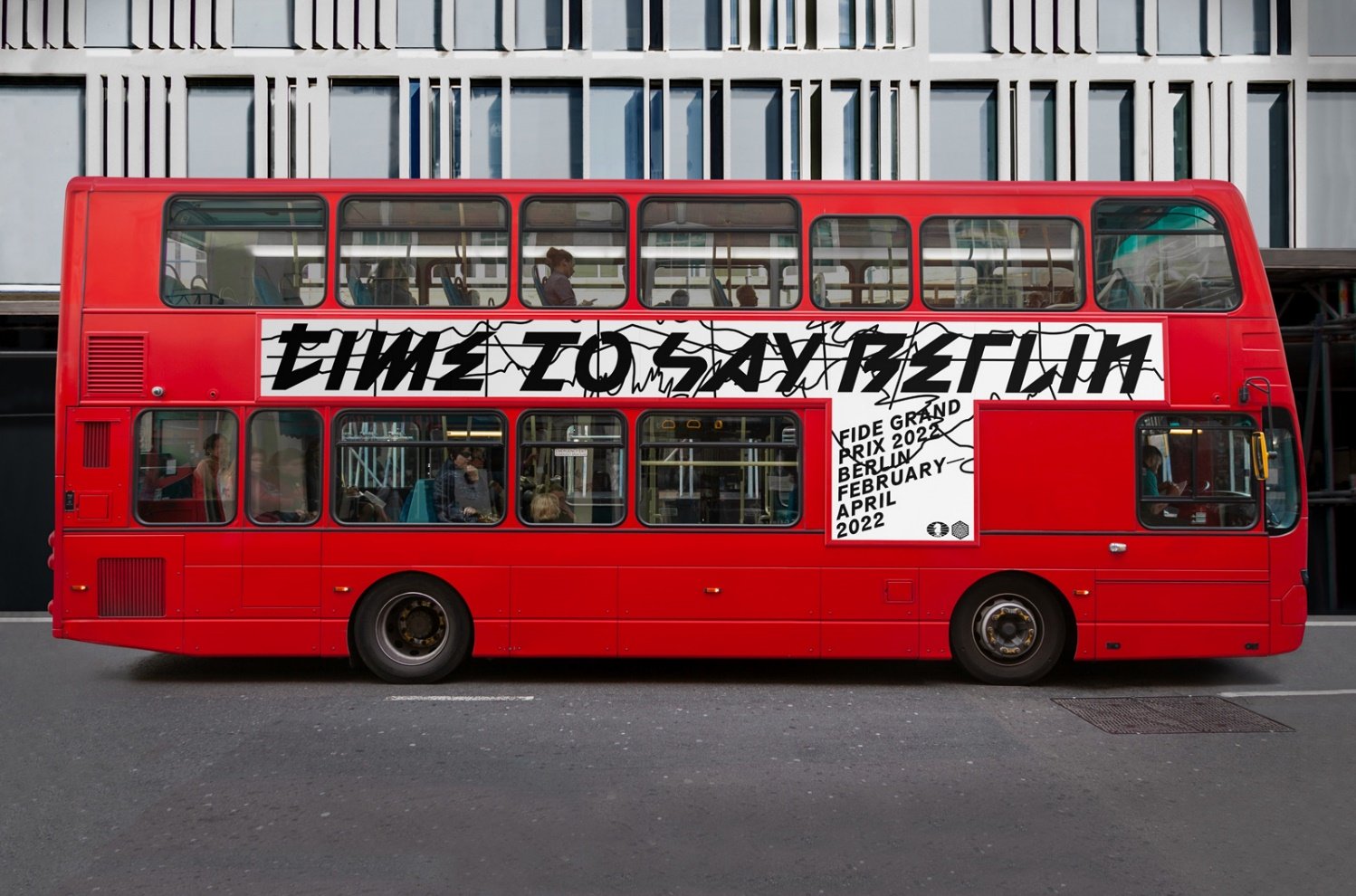 The FIDE Grand Prix, with its two qualifying places for the Candidates Tournament in June, was my major objective for the year 2022. I had therefore set up a specific preparation to tackle the two tournaments in Belgrade and Berlin in the best conditions. Even if I felt particularly sharp, especially in Belgrade, I have to admit that the result was not up to my ambitions…

A look back at the key moments of this competition:

A very important game to begin with, since I faced the theoretically weakest player of the group with white. I got tangled up at the end of the opening and quickly found myself in pretty bad shape because of a big miscalculation.

Here I played 19.dxe5? (19.exd5 was necessary), got up and immediately realized that there was 19…dxe4! which I had not considered at all, focusing only on 19…Nxe4 and 19…Nxe5. A disastrous start, but also a warning without cost since Predke failed to increase his advantage.

Second white game, and second muddle in the opening, this time a very tense Open Spanish.

After a solid draw with black against Yu Yangyi, I had the opportunity to renew with the Najdorf against Predke.

Later in the game, he surprised me again by not opting for the continuation which once again seemed critical and which involved another sacrifice on e6: 24.Bxe6!? fxe6 25.Rxe6. Here I had planned 25…Nd5!? (25…Ng8 is possible too) 26.Nxd5 Rxe6 27.Nc7+ Kf7 28.Ne5+ Rexe5 29.Qxg4 Be4 and despite the material deficit, black seems to have a very strong attack, even if the machine remains stoic and shows a forced draw for white after 30.Rf1+!.

I finished this game nicely and I was quite happy with it. In terms of calculation, I was feeling pretty sharp in Belgrade…

I then had to concede a draw to Yu Yangyi’s Petroff – despite a small but persistent advantage – before entering the last round of the pools, where I had to hold with black against Mamedyarov.

I decided to give up the Grünfeld and switch to the Queen’s Gambit, a line I had already played at the European Team Championships against the Turkish GM Dastan.

True to himself and in keeping with the stakes, Mamedyarov chose a very sharp line with opposite castling, forcing us to play move by move.

After a few twists and turns, we reached the following position:

Here I could have gone for the natural 28…Qd4 29.Qxd4 Bxd4, but white would have kept a slight plus in the ending. And I found something more forcing and elegant 🙂 .

A game where I totally fell through, especially after I hugely underestimated white’s position in the opening. Not much to say…

I expected Richard to repeat the solid Petrov defense, which he had already played in the tournament. And the fact is that he really surprised me in the opening with this choice of the deferred Steinitz, quite daring in a situation where a draw is enough! Nevertheless, his choice paid off as he managed to equalize. Afterwards, he gave me some chances though, by playing the beginning of the endgame in an imprecise way, until we finally arrived in the following position after the time control:

Here I thought that the two candidate moves 47.Rxg7 and 47.Nxh6 were both winning. Even if it is extremely difficult to calculate everything in this kind of position, I should have understood that 47.Nxh6! reduced considerably black’s options: 47…gxh6 (I had seen that the intermezzo 47…c4 48.Rd6! did not work) 48.Rdd7 and there I imagined that after 48…Kc3, there could be scenarios where black’s Rook sacrifices itself on the two kingside pawns, while the c-pawn would cost me a Rook; certainly not a very realistic scenario! So I chose 47.Rxg7? but I did not anticipate the excellent repositioning of black’s Rook after 47…c4 48.Rd1 Rhh8 49.Nxe5 Rhc8! after which everything holds by a thread, but I believe that white has no more win at his disposal!

With 7 points in the Grand Prix, I knew that I would have to win the last leg in Berlin to qualify for the Candidates.

A bad start again with this horrible move 14…0-0?. My opponent replied instantly 15.g4!, the refutation he knew.

White simply wants to open the h-file by h4 without Black being able to close it by …g4. The plan is almost unstoppable, my position became spontaneously disastrous, and besides, I offered only a meager resistance.

Sam surprised me by playing a sub-variation of the Berlin endgame that I thought was strategically risky. But he had really prepared well and was very precise until the end; it was a daring gamble and it worked out well for him.

Thanks to a good preparation, I was able to neutralize Wesley’s ambitions in the Bg5 Grunfeld. White kept until the endgame a very slight advantage, but more symbolic than anything else.

Predke proved to be incredibly prepared on his Spanish Zaïtsev: and not on long tactical variations, but on a general idea of the organization of his pieces.

The whole maneuver is actually splendid, and Predke has recited his concept to the end without any hesitation! It’s true that it seems strange to choose a really unforcing line and to just play on the regrouping of pieces in a type of position where the space advantage is supposed to favor White…

After many other twists and turns, we arrived at the following position:

For this decisive game, I decided during the rest day beforehand to play 1.d4. I figured that Wesley would spend the day refining his Berlin Defense, so this would be the best practical choice 🙂 . Without the rest day, I would have stayed on 1.e4.

I chose to counter the Nimzo-Indian with the 4.f3 variation, even though I knew that Wesley would have a precise line planned, if only because he had played the Nimzo against Shankland in the first round… But my hope was that he would have stuffed himself with Berlin endgames and that I would bring him a completely different position than expected 🙂 .

The surprise effect worked rather well, especially with my move 10.g4, which provoked a very long think from him.

Unfortunately, after 10…h5 11.Ng3 g6, I did not take enough time to play 12.Bxc4?. Instead, the machine suggests 12.h4, which I did not consider at all, but I immediately regretted not choosing 12.Be2, to play for the attack, with for example the 0-0 plan, followed by g5 and f4. It was obviously a better practical choice, one which does not leave him a concrete and easy plan as in the game.

Wesley then played very well and there is nothing to say. I can’t regret this choice in the opening, I took it knowing the risks, but also knowing that a draw would certainly not be favorable to me.

Only a miracle could have left me in the running for qualification at the end of this last round. I was able to uncork a new idea in the Hungarian variation of the Grunfeld, but the American, despite some big sweats, found how to clear all the traps and to find the denouement in the form of perpetual check. For once, I was the one who recited it from beginning to end!

In general, I made too many mistakes in these Grand Prix tournaments. For the record, with Nakamura’s finalist place in Berlin, even a final win in Germany would not have qualified me for the Candidates!

In spite of the disappointment, life goes on, and the serious things will start again for me on May 5th, with the beginning of the Grand Chess Tour 2022 in Bucharest…

In January, Maxime became ambassador of the Immortal Game project, (https://immortal.game) a chess platform in gestation which surfs on the technical evolutions of these last times.
Based on blockchain, this platform will offer a chess game with strictly unchanged rules, but « enriched » with some NFT pieces that will allow to accomplish parallel « quests » (« don’t castle », « keep such pawn alive », « make a prise en passant » etc…) yielding additional points. Thus, the incentives for players to complete their quests will slightly change the way the game strategy is designed.
Immortal Game is currently in the testing phase of its Alpha version, while the public one should be launched later this year.