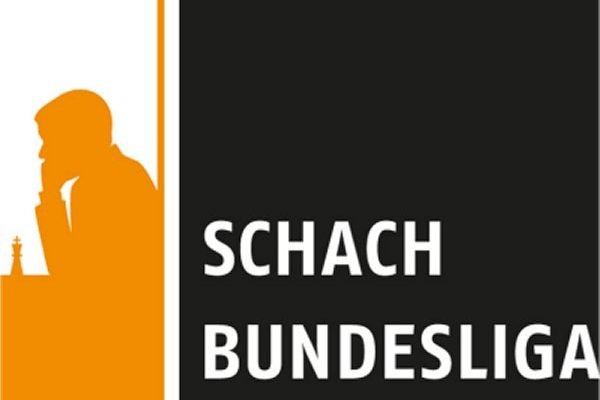 The strongest team championship in the world usually takes place beetween october and april, over seven weekends. My team, Baden-Baden, is a serial winner of this championship, as it prevailed 10 times over the last 11 editions !
This year, we were head to head with our main rival, Solingen, before that very decisive weekend when we were to be paired together.

Easy prep, there was none !

So I jumped into the Thalys heading for Aachen on Friday, february 23rd, in order to meet up my teammates, and to get ready for the decisive clash, scheduled on sunday.
But beforehand, there was a Saturday match to be played, for the 9th round, against the Aachen locals. On the first board, I was white against Ivanchuk ; which facilitated my preparation, in the sense that there was none ! I had launched a little contest with my teammates, to figure out which opening he would play against 1.e4. The French and the Russian Defence got the main attention, although other openings were also mentioned. But nobody anticipated the Caro-Kann, and that’s obviously what Vassily chose !

I was rather satisfied with my opening, bishop pair and a nice time advantage. But after a few redeployment moves from him, quite simple ones though, I understood that my advantage was not so great ; and more importantly, that it was nowhere near stable… Despite my attempt to open a second front on the Queenside, Vassily could even completely equalize the position, just before the time control ; retrospectively, I think that my edge had vanished a long time ago.
Finally, we won the match, but just by a close score of 4.5-3.5, though our margin should have been broader. In the evening, having dinner in the hotel’s restaurant, the team was already fully focused on the next morning match, knowing that Solingen was now clearly ahead of us, having won their Saturday match by a huge margin of 7.5-0.5.

Hari and I missed the difficult 23.Bc2!

That morning at 10 am, I faced the Indian Pentala Harikrishna with black. He repeated an idea in the English opening (7.Nf3) that he had already played against me in Mallorca last november, in a game where I experienced quite a lot of difficulties (in french). But I was ready to meet it this time, even though I didn’t remember exactly all details… I equalized the position rather quickly, and I even thought I would get the upper hand when I sacrificed a pawn with 16…a5. I believed it gave me a lot of play, but I had missed his 18.Bf4!. I certainly had other options to play the position in a more precise way, in particular by sacrificing the exchange with 20…bxa3. But I ultimately opted for 20…Re8, mainly because I liked my position after 21.e5 Ne4 (here, the computer suggests to sac a piece with 21…bxa3!? 22.exf6 Qxf6, which I vaguely considered during the game, but without really believing it !) 22.axb4 Qb6. Now, Hari and I both missed the strong but difficult 23.Bc2!, which gives white an edge, after both 23…Nxd6 24.exd6 and 23…Nxb4 24.Bxe4 Bxe4 25.Ng5!.

Unfortunately, in respect of the match itself, we had been in a tough situation very early, with Naiditsch in dire straits from the opening against L’Ami (Solingen ultimately beat Baden-Baden with 7 draws and the L’Ami win).

I believed we had three promising positions, but it ultimately led to nothing. Adams forgot an intermediary move against Van Wely, Movsesian didn’t value his bishop pair against Predojevic, and Anand was stopped dead on the Queenside’s white squares by the always ingenious hungarian Rapport. At the end, Adams and Etienne (Bacrot) defended successfuly difficult positions, but one of them had to be won in order to earn the draw in the match…
Though disapointing, this result leaves little room for regrets as we never were in a position to win the match. Solingen is now the clear favorite for the Bundesliga title, but five rounds still remain to be played !

[otw_shortcode_quote border=”bordered” border_style=”bordered” background_pattern=”otw-pattern-1″]Gloomy Sunday
After the lost match with his Baden-Baden team, Maxime took the Thalys back to Paris, with the firm hope of being comforted by an Olympique Lyonnais win in what is considered THE match of the year in the area, namely the Lyon – Saint-Etienne derby. Thus it is in the train, listening to radio, that he will witness the last-minute equaliser of « Les Verts » against his beloved team, an ultimate mockery from a difficult weekend !![/otw_shortcode_quote]