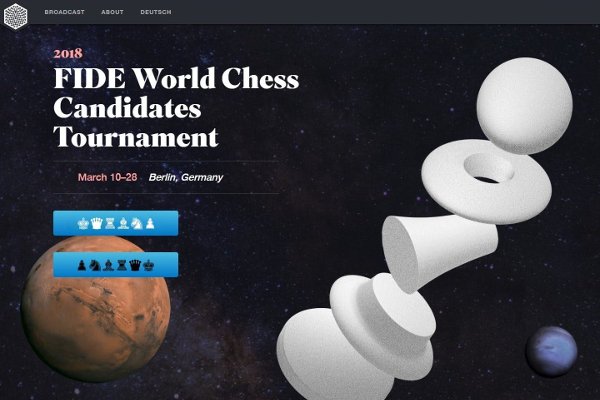 Next Saturday, March 10, all eyes from the chess planet will be on Berlin, where the 2018 Candidates Tournament takes place. Maybe I will feel a little heartache, as I myself missed the qualification so narrowly… But it’s only a matter of time, and I will follow with great interest the intense fight that will undoubtedly take place, in order to earn the right to face Magnus later in the year for the world crown.

I already had the opportunity to say that any of the eight players could prevail, and that the field is of a very high profile.
But one thing I am pretty sure about, is that one cannot expect to win the Candidates if he’s not in top form, while being extremely reliable from a psychological point of view.
Furthermore, it is often useful to get favorable circumstances, as for instance being given a relatively easy win by a tired or demotivated opponent.
Let me review each of the eight players, from my own standpoint, and the experience of my games with them.
I’m introducing them in order of rating, my score against each of them in classical games being in brackets :

Shakhriyar Mamedyarov (+1, =8, -5)
Mamed is obviously an ultra-aggressive player. He is an easy opponent for nobody (except maybe Magnus !), and particularly not for me ! As a matter of fact, my results in classical chess against him are quite disastrous. The main reason for it is that we both love dynamic play, but that he more often got positions in which he felt at home. In several games, I collapsed in such complicated positions.
His main weakness remains his natural inclination for taking risks, even ill-considered ones. And his style requires a lot of energy. Recently, it looks as if he started correcting this bias, while displaying more regularity in his play, which explains his climbing to world #2 ranking. If he’s in good form and raises a stock of interesting ideas in his own style, he may do a lot of harm. Vladimir Kramnik (+1, =10, -2)
In my opinion, Vlad is probably the player in the world who best understands chess. You can show him whatever position, his instincts will seldom let him down. He will always find what the evaluation of the position is and which plan to adopt. But don’t think he’s a fool when it comes to tactics ! Whenever you analyze with him after a game, he will always be optimistic about his position, it’s kind of a bluff game, part of the character.
My score against him is slightly below par. He’s so well prepared, especially with white, he often caused lots of problems ; sometimes, I got out well, sometimes not. When I myself was white, I rarely troubled him. By the way, I got my only win from an inferior position, when he pushed too hard and lost control.

Anyway, our games are always entertaining ; the Dortmund one from last year comes to my mind, one of the few black games which went pretty well for me (in french), or our World Cup semi-final match in 2013. Actually, the only games without great interest are those where, with black, he equalized as if he was rehearsing his partition !
His biggest weakness these days, is to make some blunders, mainly because of a tactical miscalculation or for being overoptimistic. A fews years from now, he reinvented his playing style, no more looking for a forced advantage, but rather trying to surprise his opponent. He takes much more risks, so he is subject to tiredness, especially as he’s now 42, with a weakened body ( Kramnik suffers from ankylosing spondylitis, a rheumatic disease which mainly affects the spine and the lower back – Ed). Thus, a 14-round tournament may prove a bit too long for him.

Wesley So (+4, =10, -0)
He is a typical counterattacking player, that’s where he feels at ease. If he doesn’t succeed in finding more agressive ideas in the opening, in setting more problems to his opponents, it will not work in Berlin. Of course, he gets positions he could possibly win, but it might not be sufficient at the Candidates tournament level, where everybody arrives armed to the teeth.
By the way, he already had difficulties adapting to his new status in 2017 (Wesley So was world #2 from March to August – Ed.).
That being said, I noticed that he recently tried to develop his style, to take a bit more risks, and I feel this is the right direction. He certainly had enough time to make the same diagnosis than me, namely that he has the technical level to win the Candidates, but that a little something is still lacking.
For my part, I have a very good score against Wesley, who has never beaten me. I often won with black (the first three wins -Ed.). Admittedly, some of these wins are slightly out of date, and when he made his breakthrough to the top level, he generally tightened his game.
I’m not convinced by his chances to win in Berlin, except if he’s able to go further in his opening style change, and to accept the risks associated, namely the increase of technical mistakes. Levon Aronian (+5, =15, -4)
My personal story with Levon, whom I appreciate and with whom rivalry ends with the game, is a bit peculiar. I began by losing my first three games against him (not including draws).

Then, I won five in a row, but he recently reversed the trend by beating me in Baden-Baden 2017 (in french) and, above all, by winning the decisive rapid games of the 2017 World Cup semi-final (in french) and of Gibraltar 2018 (in french). Levon is an extremely well-prepared black player and thus it often happened against him that I was unable to claim the slightest advantage from the first move.
And when he is white, afer having been through a tricky time, he is once again able to set problems to anybody, which is the hallmark of a potential Candidates winner. Certainly, he always experienced difficulties in this specific tournament (4th in 2013, 6th in 2014 and 5th in 2016 -Ed.), maybe also because his opponents had been able to give a boost in their prep, which rendered his capacity to make a difference less effective.

Fabiano Caruana (+4, =18, -3)
Fabiano is also someone I get along well with. He is one of the most dangerous players with white ; it is with good reason that he has beaten Magnus several times. He is someone who has cycles, with ups and downs ; still, with an extreme up in 2014 ! (with 2844 Elo on the October 2014 list, Fabiano holds the third strongest rating of history, behind Carlsen and Kasparov – Ed.).
His coach, Rustam Kasimdzhanov, once remarked that he played well on even years, and much less so on uneven years. Well, for the time being, he didn’t prove a lot in Wijk aan zee ! (Fabiano ended up 11th in the Tata Steel 2018, with a mediocre 5/13 -Ed.).
Our games have always been highly interesting. There were lots of draws lately, but at one time, we used to exchange victories, for a rather balanced overall assessment which, strangely enough, includes a lot of black wins ! Ding Liren (+3, =4, -1)
He is sort of the unknown factor in this tournament. I really don’t know how he will handle it, because he’s the new kid on the block. He barely had the opportunity yo play in the strongest tournaments. I remember the Alekhine Memorial 2013 where he fared not too badly, still with ups and downs (he ended up 9th at 3.5/9 – Ed.).
At the Sinquefield Cup 2016, he played more solidly, in particular favouring 1.e4 e5, a sign that he had adjusted his opening repertoire to cope with the best. (Ding Liren ended up 8th at 4/9 – Ed.). It is difficult to foresee if his prep will keep up with the Candidates level, but one thing he has for him is to never release the initiative.
Our games have generally turned well for me, although in the one I lost with black, he quickly took up the initiative and played a very nice game. Otherwise, I often succeeded in surprising him, and I notably recall our Memorial Alekhine game in 2013, in which he proved naive.

I think that Ding Liren is less of a naive now !

Alexander Grischuk (+0, =10, -0)
Sacha is one of the most interesting and imaginative players on the circuit. He often has really resourceful ideas, even profound ones that make you wonder where he wants to go ! In general, when someone uncorks a novelty, you quickly understand the idea behind it, but this is not the case with Sacha ! The depth of his analysis can be awesome. You want to laugh when you see him deep in thought for a whole hour over one move, but the truth is that he will in any case find an interesting idea, the kind of which his opponent will often not have thought of ; and then, he reels off the moves !
He also has a lot of experience, and remains one of the players with the stronger nerves ; this is one of the reasons why he often goes far in the World Cup, notwithstanding his sheer talent in rapid games (all the same, Maxime knocked him out of the latest edition, after an epic round of 16 match (in french) – Ed.).
I still have reservations about his time management but luckily for him, there will be a 30-second increment from move one in Berlin, otherwise he would have been in dire straits.
Strangely enough, all our games have ended in draws, even though a lot of them have been closely contested. Sergeï Karjakin (+2, =3, -2)
Sergeï seems to be in a bit of a trouble those days, but he is so used to respond to the challenges that I certainly would not write him off. He delivers blows when he’s least expected, the best example being the Candidates 2016, which he won when he was not a favourite at all on paper. Nevertheless, I see him slightly below, notably when one has to play for the win.
Sergeï is a player against whom the score is balanced, as I recently equalized it by winning our London game, last december.

It may also be noted in passing that he is the player I least played against amongst the eight Candidates.

If I had to name a favourite at all costs, I would choose, but with a very tight lead, Aronian and Caruana. It is probably not the most original pick (see below the official odds on the betting websites -Ed.), but I think they are the players more likely to set problems with white. Mamedyarov could also manage to, but I’m still skeptical about his capacity to keep a regular pace. Of course, Kramnik remains a potential outsider too…
The four other players are in my opinion a bit less well-armed, but if in great shape, all of them could potentially win a tournament which should be extremely tight.

Opening of the tournament on Saturday March 10th, 3pm CET.

[otw_shortcode_quote border=”bordered” border_style=”bordered” background_pattern=”otw-pattern-1″]Winner takes it allAccording to betting websites, it is also Aronian who appears to be slightly favourite, with a 3.5 to 1 odds (here or there). Caruana is given as number 2 or 3 in the tournament, while Mamedyarov doesn’t get credit from his top seed status. Ding Liren is consistently in last position, with a 11/14 to 1 odds.Your move ![/otw_shortcode_quote]