Maxime’s agenda is a bit dull these days (not that he’s not training !), before the avalanche of tournaments from end of May to end of June. (see Maxime’s agenda), So let’s run the risk of being somewhat unconventional for once, and try not to talk that much about chess !
All chess players know MVL ; well, anyway they should ! But those three letters which are familiar to the noble game lovers, what do they mean to the others ?
We have decided to find out more about it !

Let’s begin this overview in France…

The company MVL (Muselets du Val du Loire) in Chambray-les-Tours is the « wirehood » leader, this wire cage that fits over the cork of a bottle of Champagne or sparkling wine. It is covered by a metal foil envelope, especially appreciated by specific collectors.

MVL is also the Métalliers du Val du Loir company, located in Sarthe. It is specialized in the manufacture of metal doors and windows

MVL-signed objects, we will point out first and foremost the Peugeot 103 MVL, undisputed star of the eightie’s mopeds…

With regard to sport, MVL is the Mende Volley Lozère, whose first team just missed out the qualification for next year’s professional Pro B League.

First of all, we stop in Islet, Québec, where the MVL garage, as its name indicates, specializes in Mécanique des Véhicules Lourds (heavy vehicle mecanics), especially trucks, trailers and agricultural machines.

Still in Canada, but in a rather different field, MVLMédicaments en Vente libre (free delivery drugs), developed by the Pharmacists College of Québec. This database is filled with essential informations for pharmacists, drug manufacturers and wholesalers.

Let’s go to the Usa, with the lavalier MVL marketed by Shure. Dedicated to superior audio recording, it can be plugged into any smartphone. 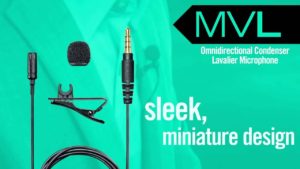 We stay in the US with the MVL GROUP. But here, difficult to guess where the name of this large international company comes from… In any case, MVL is a giant of construction and supply chain management, mainly operating in Middle-East and Afghanistan. For instance, MVL can be credited with the construction of numerous official Afghan infrastructures and buildings, as the Ministry of Home Affairs, or the Helmand military base.

In India, Media Video Limited (MVL) was born ten years ago. As its name doesn’t indicate, this company was originaly specialized in audio/video, but diversified and also operates nowadays in residential and commercial real estate.

Let’s go to South Korea now, where exist, not one, but two luxury hotels named MVL !
MVL HOTEL in Goyang

And you will even find an MVL in musics, with Neztor MVL, a Mexican rap and hip hop singer, very popular on YouTube, mainly in Hispanic countries.

Obviously, this list isn’t exhaustive, and we will only add to conclude :

Man Vehicle Laboratory (MVL), an MIT Research group whose goal is to optimize overall human-vehicle system effectiveness and safety, on aircrafts and spacecrafts.

Marvel Entertainment, listed in the New-York Stock Exchange under the code MVL, is producing fictions based on the american comics universe.

MVL, air code of the Morrisville-Stowe Airport, in Vermont (Usa).

Mario Vargas Llosa (MVL), a Peruvian writer, author of novels and political essays, and Litterature Nobel Prize 2010. He was a candidate for the Perou Presidential election in 1990.

Members’ voluntary liquidation (MVL) : process where the shareholders of a solvent company adopt a voluntary winding up resolution.

Manœuvre à Vue Libre (MVL) : an aeronautic term, a « circling approach » in english. Pilots fly circling approaches when it’s not possible to do a straight-in approach to the runway after an instrument approach.

In Malaysia, MVL sells stuff online « in the name of love » !

We should stop now, but we will not leave without a single chess word ! 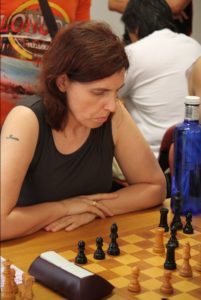 We had a look at all kinds of MVL’s, but wait, chesswise, are there any other active MVL’s ? Well, a search in FIDE lists shows that there are a few of them, and that MVL’s runner-up (Elo wise) is a female player, namely WFM Monica Vilar Lopez, 1995 Spain champion, numerous times Catalonia champion, and who played for Spain in three Olympiads.
Welcome to the club, MVL ![/otw_shortcode_quote]