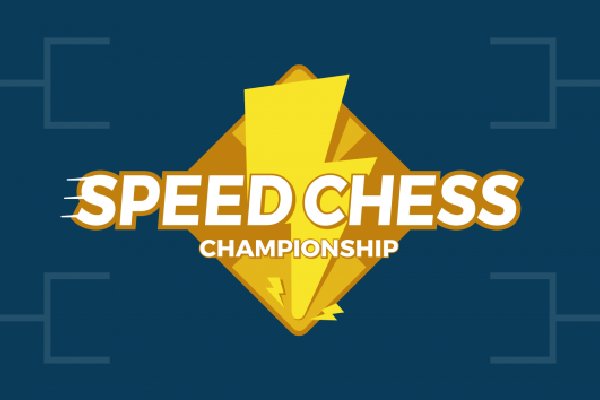 Barely back from Biel in the afternoon of August 2, on the day after a last round followed by a closing ceremony leaving little room for sleep, Maxime was expected to enter the 2018 Speed Chess Championship, organized by chess.com

The format was the same than the previous year, with fourteen invited players and two qualifier spots making up the knock-out brackets. The formula was also identical, although cleared of the chess960 games which didn’t make much sense. As for the rythm, it was still featuring 90 minutes of 5/1 blitz, 60 minutes of 3/1 blitz, and 30 minutes of 1/1 bullet chess.
Just arrived home, Maxime played some training games online with IM Minh Le, a Vietnamese player with high blitz reputation, mainly in bullet. And at 9pm, he was sill in front of his computer, ready to face his 1/8 finals opponent, Leinier Dominguez from Cuba, a player not to be underestimated as he was once World Blitz Champion, back in 2008!

Here are a few highlights of this online match, whose 3-hour of play meant 31 games.

The 5/1 segment was quite even in terms of play, even if Maxime took a two-point lead.

In a blitz game, 29.Ke3? is a bad move, as you wouldn’t like to have a Rook trapped after 29…c5!. Nor did Dominguez, who immediately liberated it by sacrificing a pawn with the impulsive 30.b4?, a choice which didn’t prevent him from losing the Rook ending. However, black would still have had to prove he could take benefit from the trapped rook after a waiting move from white…
The fact remains that in the diagrammed position, 29.c5! guaranteed an easier draw, for instance 29…Rd5 30.cxb6 Rxb5 31.axb5 cxb6 32.Kd3.

Despite three wins in a row, Maxime ran out of steam at the end of this 3/1 segment, allowing the Cuban back to striking distance, only one game behind before the bullet segment.

You just don’t see what white could have come up with after the passive defense 42…Rf7 43.Rc6 Re7. But Dominguez chose activity, and the ending is no more drawn after 42…Rd5? 43.Rc6! (maybe the Cuban only expected 43.Rxc7?) 43…Rxb5 44.Rxe6 Rxb4+ 45.Kd5, because if indeed black has managed to restore material balance, he’s just dead lost anyway!

In this strategically almost hopeless position, Maxime used his well-known defensive skills with 29…Rf3!? 30.gxf3 Qd7!, which forces white to find the only winning move 31.f4!, not a trivial task in a 3-minute game! But Dominguez did find it, and converted…

Maxime knew that in the bullet segment, he would be clear favourite, and indeed he overpowered the Cuban, leading to an overall match victory 19-12.

In a bullet game, you can’t expect to control everything. Here, white had to protect the b4 pawn, but above all to prevent …g5, trapping the Rf4! After 25.Qc3? g5, black quickly prevailed. Thus, essential was 25.b5 Nc5 26.Nd2, and the game goes on…

This kind of things sometimes happen in those extreme rythms of play… Instead of remaining a pawn up with the advantage after 29.Rg1, Dominguez chose a Queen ending (29.Rxf8??), that doesn’t exist ! (29…Qe1+).

In a slightly superior position, white just retreated the Knight from b6. Maxime instantly found the flaw… 23…Rc8! 24.Nxe5 Bxe5 and the Bc1 is trapped and lost!

In a high-quality match on the whole, the 31st and last bullet game happened to be the only one filled with spectacular mistakes.

Here, Maxime missed 29.Qc3+ followed by 30.Qxc6, which was the simplest way to end the game right away. After further ups and downs, black emerged with an endgame up two pawns.

In quarter finals, to take place next september or october, Maxime will play against the circuit bully, American Nakamura, who eliminated him last year, and who just heavily crushed Woman #1 Hou Yifan in the first round, 27.5-2.5!

[otw_shortcode_quote border=”bordered” border_style=”bordered” background_pattern=”otw-pattern-1″]Transatlantic flightThis year, Maxime decided to travel to Saint-Louis (Missouri) via New-York. But the journey went tough, because of a large delay of the Paris-New York flight. Maxime will have spent eleven hours flying, notwithstanding the extra hours of waiting in both Charles de Gaulle and Newark airports! Thankfully, by arriving in Saint-Louis a mere two and a half days before the beginning of the games, he earned enough time to digest this long travelling day, as well as the 7-hour time difference.
The Grand Chess Tour Rapid tournament in Saint-Louis, as it’s obviously what we are talking about here, will begin on Saturday, August 11 at 1pm (local time)[/otw_shortcode_quote]