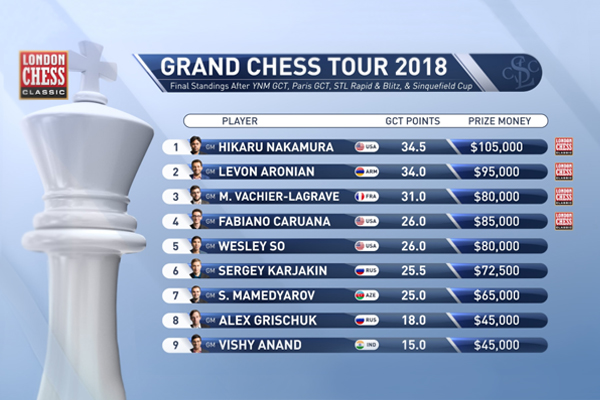 It’s the first time in my life that I end up a tournament with all my games drawn! Certainly, this is not such a bad result in a field like the Sinquefield one, and my overall score remains decent. Furthermore, the main goal of qualifying for the 2018 Grand Chess Tour finals is reached. Yet, some sense of unfinished business lingers, as I never was in real danger, while I missed a few good opportunities elsewhere.

Let’s have a look back at the last four rounds of the Saint-Louis Classic, which took place after a rest day which was actually largely devoted to tennis (on the court, not TV!).

Mamedyarov-Mvl, round 6
I was a bit surprised by the 7.Qa4+ variation he opted for in the Exchange Grunfeld, and I believe I reacted properly. I had studied the type of positions arising after the exchange of Queens and I avoided the traps, like for instance in the following position after 15.Rfc1: 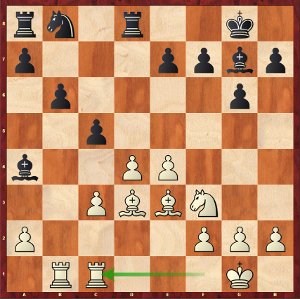 After the natural 15…Nc6?, white would gain the advantage by 16.Ba6! cxd4 17.cxd4, because if 17…Nxd4? 18.Bxd4 Bxd4 19.Tc4.
In an equal position, he took two unwise decisions, first by 21.e5 which was by no means necessary, and above all 27.g4?, trying to prevent a …Ne7-f5 manoeuver which was not really on the agenda!
Then, in the following position, I myself took a hasty decision that I’m struggling to explain… 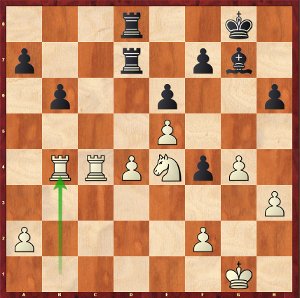 Mvl-Nakamura, round 7
In a recent line of the Giuco Piano with …d5, Nakamura purposefully opted for a series of exchanges leading to a simplified and symetric position in which white could keep the Bishop pair. Then he defended quite accurately, and it was not obvious at all how to increase the pressure. Maybe I was a bit hasty with my opening of the Kingside by 29.g5, whereas the exchange of my light-squared Bishop against his Nd5 was clearly an option at some point.

Mvl-Aronian, round 8
Once again, I accepted to fight against the Berlin Wall, but I have to admit it was not a great success in this particular game. 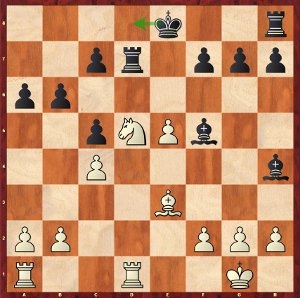 In this typical position, Lev played the very precise 19…Kd8!. This move allows his King to come and help on b7 in case of a3-b4, while connecting the Rooks; meanwhile, no position resulting from a g3 Be7 / Nxe7 exchange would be favourable to white. Black even threatens to be better, and this is the reason why I had a long think and came up with the line 20.g3 Be7 21.a3! (idea 21.b4), which maintains equality. Lev tried to avoid my plan by 21…Bc2 22.Rd2 Bb3, but I was able to sacrifice a pawn a few moves later with 25.e6!, in order to force a liquidation leading to a drawn opposite-coloured Bishops ending.

Karjakin-Mvl, round 9
In a classical line of the Exchange Grunfeld, Sergeï chose to exchange his central d4 pawn against f7, leading to a dynamic middlegame position which he played accurately until move 20. 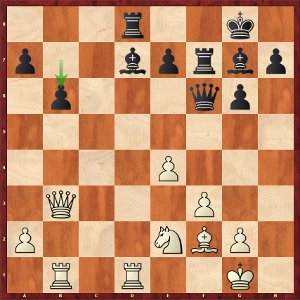 Here, normal was 21.Rd3, with the idea 22.Rbd1, trying to exploit the pin on d7; the position would have remained highly complex. Instead, Sergeï commited a clear mistake with 21.Qa3?, as after 21…e6, 22.Qxa7? is forbidden because of 22…Bb5. As a result, he settled for 22.Rd2, and I could have claimed a large advantage, had I played 22…Ff8!. Unfortunately, I chose the weaker 22…Fe8, which gives too much counterplay. 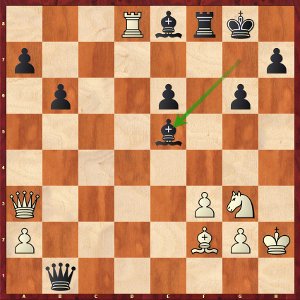 But once again, Sergaï didn’t take the opportunity, and instead of 27.Qe7 Qb5 28.Be3! with a lot of complications, he opted for 27.Qxa7?, which allowed me to transpose into a clearly superior endgame, though highly difficult to play. When the time control arose, I had consolidated my pawn-up position, but with still a lot of pieces on the board, and all pawns on the same wing, the technical conversion was still far ahead. It would be very difficult to go into the intricacies of this very long endgame, but I don’t think I missed any clearcut win, even if, when only Rooks remained on the board, it’s very likely that a « mathematical » black win was there. 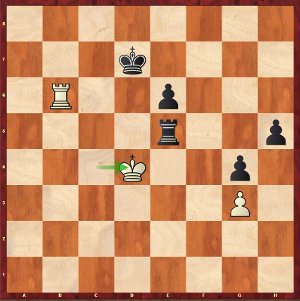 Here, I had to carry on « working » on the position, but I made a bad practical choice, though with very little time left. I went after his g3 pawn with my Rook, abandoning h5 on the way. It turned out that despite the two-pawn advantage, the very specific position of the pieces meant the ending was a draw!

So I end up 4-6 in this Sinquefield Cup, and third in the overall Grand Chess Tour standings, behind Nakamura and Aronian, but ahead of Caruana.
We will all meet up for the Finals, scheduled December 11-17 in London, for knockout matches made of two classical and two rapid games, followed by four blitz games.
The semi-finals seedings are Nakamura-Caruana and Aronian-Mvl.

[otw_shortcode_quote border=”bordered” border_style=”bordered” background_pattern=”otw-pattern-1″]Tie-breakUnusual end in the Sinquefield Cup, with three players tied for first, Caruana, Carlsen and Aronian. None of the tie-breakers prescribed in the regulations was enough to bring out the two players that would have to play the Title match. In this case, it’s a flip of a coin that should have resolved the issue, according to the regulations! But backstage, the players were active, as while this flip of a coin idea didn’t meet with unanimous approval, it happened that Caruana already had a tie-break to play, against So, to figure out who will be the fourth player qualified for the Grand Chess Tour final!
In Maxime’s opinion, it’s always a pity to deprive spectators and chess fans worldwide of a tie-break. Moreover, winners should, as far as possible, be decided on the board. Maxime also believes that any tiebreak system that directly eliminates a tied player in case of a multiple tie, is not fair. In a word, what is clear is that regulations need to be clarified…[/otw_shortcode_quote]