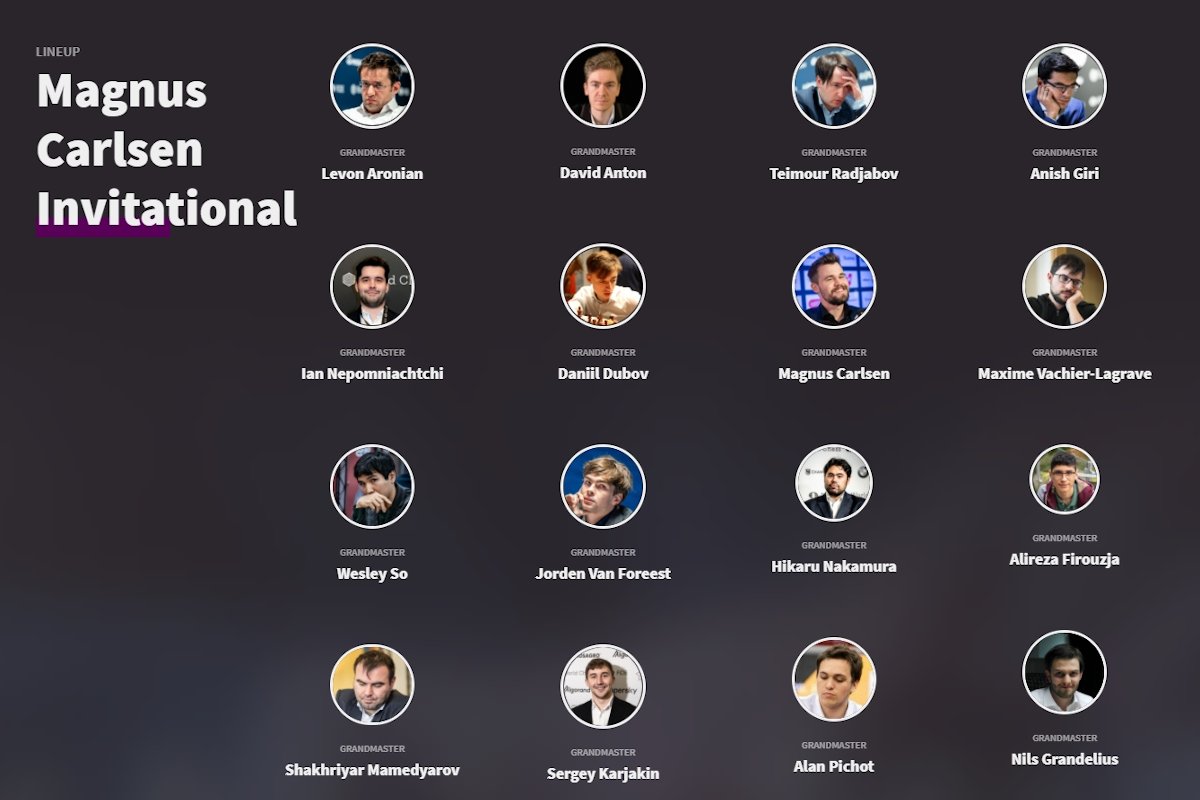 Since my mediocre performance at the Tata Steel in January, I have had the opportunity to play two Champions Chess Tour tournaments.

Obviously, these online tournaments cannot be approached as seriously as a major event such as the Candidates, which will resume on 19 April in Yekaterinburg. However, they are still quite an integral part of my preparation; indeed, the work to be done is not only, as one might think, purely theoretical, even if this is obviously very important. The training games are also an indispensable element, and in particular the 23 that I played during the Magnus Invitational, five weeks before the Candidates, made sense.

Especially when you meet the best players in the world, even if it’s online, even if it’s not the same conditions as in the Candidates’ tournament, it’s still not a bad way to prepare 🙂 .

In addition, my personal goal was also to regain some confidence after the miserable Tata Steel. And to succeed in playing good games without the final result necessarily being paramount.

Of course, « training tournaments » does not mean that I took these competitions lightly. I didn’t lose to Carlsen in the tie-break of the first tournament on purpose, nor did I do the same to Giri in the ¼ final!

Here is a quick summary of the first two tournaments of this year’s Champions Chess Tour online:

Unlike the first two tournaments of the tour, in November and December 2020, I qualified relatively easily in the preliminary phase.

The knockout matches were more tense. At first, I took my revenge from the previous tournament by eliminating Aronian in the quarter-finals. I think the way I did it was pretty convincing, even if it wasn’t perfect because I almost let him back into the match when I was leading in the second set after winning the first. Then I had a pretty good semi-final against Carlsen, with a bad first set, but also a great second one! After another draw in the blitz against the world champion, I finally lost with black in the final Armaggedon game.

Again, I played quite seriously in the preliminary phase and secured my qualification spot. Then I lost the quarter-final against the future winner, Anish Giri. I can have some regrets about the first set, especially the second game which I lost stupidly from a very good position; unfortunately, I was a bit misleaded in my attack, which was badly prepared.

But in the second set, there’s not much to say because I didn’t play well enough to hope for anything. Except maybe in the first game, which was probably the best of the match, because I thought he was going to collapse in a difficult position, but he really defended very well.

However, this defeat in the quarter-finals was in the end a blessing in disguise, as I avoided four more days of play 🙂 .

Now it’s time for the final stretch before the Candidates…

My specific preparation started in mid-February, first in Paris, then in the Alps, and now in the south of France. I am obviously working with Etienne Bacrot, as well as with others, whose identity will however remain a mystery 🙂 . Besides, the other aspects of the preparation have also been taken into account, apart from the specific chess work; sports, physiological and mental preparation, all in order to be at my best in Russia…

I will arrive in Yekaterinburg only a few days before the start of the tournament on 19 April, which I will enter in pole position; an unprecedented situation, but one that I sure enjoy 🙂 .

What is clear is that the first half of the tournament will be crucial, as I will start by doubling black against Caruana and Ding Liren, before facing the man in form at the moment, Giri; a complicated start, which I will have to negotiate as well as possible.

Generally speaking, in a short format of 7 games, it is clear that every half point will be worth a lot. Of course, I also noticed the game of the 13th and penultimate round against co-leader Nepo…

Anyway, the ball is now in my court. I know that if I manage to be in the best possible shape, then I will have every chance of winning…

In early March, Maxime chose STAKRN Agency to accompany him in his long-term development strategy. The agency, specialised in the worlds of gaming and esports, will be in charge of developing sponsoring opportunities, partnerships and activations. It will also explore the appetite of professional teams who are beginning to invest in the game of chess, for a « pure player » of the world’s elite like MVL.
It seems obvious today that a strong link is being forged between the esport and chess worlds. Maxime’s manager, Laurent Vérat, will work with STAKRN Agency’s teams to study collaboration opportunities in the sector, using the agency’s network and know-how.