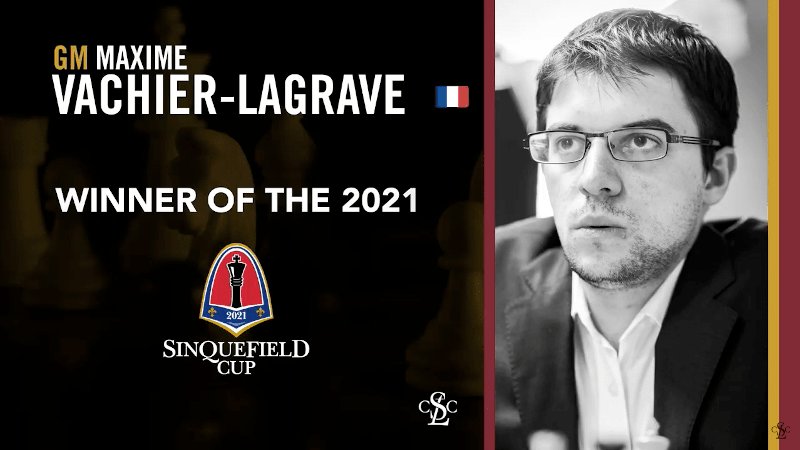 This article will be very short, because the Sinquefield Cup being just over, I have to start the AIM US Rapid almost immediately (August 28-September 5). An online tournament which will close the Champions Chess Tour before the Grand Finale in San Francisco.

I will conclude this (very) long stay in the USA with the Chess 9XL, a Chess960 tournament scheduled from September 8th to 10th, with Garry Kasparov playing!

As soon as my schedule allows it, I’ll come back in detail on this American tour, probably in mid-September.

I went to St. Louis directly after the World Cup in Sochi. I was able to rest and prepare for a few days, which paid off. Apart from my loss against Dominguez, I am very satisfied with my performance, which allowed me to win the Sinquefield Cup for the second time, after my victory in 2017. I was told by the organizers that it was the first time someone had won this tournament without any loss.

Thank you all for the support and encouragement during this Sinquefield Cup, I hope to continue my momentum!

Maxime’s games in the Sinquefield Cup: