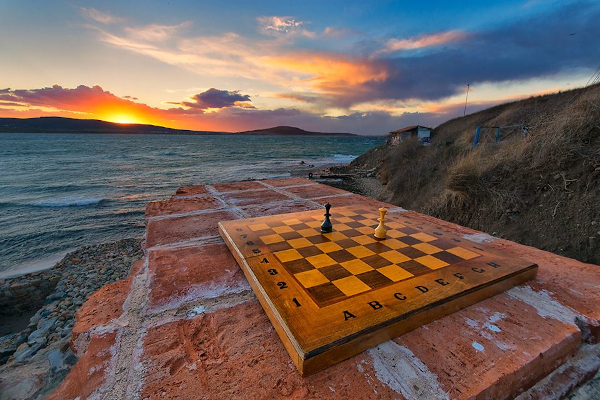 After my elimination in the preliminary phase of the Online Masters on 22 June, my summer horizon had suddenly widened considerably . I was able to alternate rest and training periods during the two months of July and August; of course, always aiming at the resumption of the Candidates Tournament, which has been rumoured to be at the end of October, the end of November or even later.

Apart from the preparation and holidays, this summer time has nevertheless been an opportunity for me to make a few appearances here and there…

On July 10th, with GM Yannick Pelletier for the Swiss Chess Federation, I presented a Masterclass that you can review here:

On August 11th, I won the Speed Chess tournament organised every Tuesday on www.chess.com. As usual, a pleiad of GMs participated, including for instance Caruana, Grischuk, Svidler, or Firoujza (758 players). Read the article here: https://www.chess.com/news/view/vachier-lagrave-wins-11th-speed-chess-championship-grand-prix

This is the end of my very first game against a Serbian FM:

On 24th August, at the end of a lunch in a restaurant with some colleagues, I played a blindfold bullet game against GM Jules Moussard.

Here is the end of it…

And for those who wish, here is the video version of this fun moment, which happily mixes French and English.

On August 29th, I was the guest of Indian GM Surya Ganguly in the Surya Chess talk show on his Youtube channel, which is becoming increasingly popular. A long interview punctuated with analyses of my games, to be found here:

On August 31st, it was my turn to fulfil my obligations as a Candidate with FIDE, by playing several mini-matches online against winning amateurs of the « Checkmate Coronavirus » online tournament circuit.

The event was not filmed but you can replay all these games in the viewer at the bottom of the page.

I was also a commentator of a few tournaments during these two months, such as the final of the Online Masters on July 3rd, the Sogeres Trophy on July 5th, and much more recently, the Blitzstream Invitational on September 3rd and 4th;

While waiting to know more about the resumption of the Candidates, I will get back on the (virtual) chessboard from September 11th to 13th, for the Champions Showdown organised by the Saint-Louis Chess Club, in which 10 players will take part, including Carlsen, Caruana, Nakamura, Firoujza, and a certain… Kasparov!

Chilean singer Juga Di Prima is now well known to chess players as she has accumulated artistic creations based on the King’s game. Moreover, she has had the opportunity to sing on stage several times during the closing ceremonies of major international tournaments. At the beginning of the summer, Juga released on her Youtube channel a song played on the guitar that she called «Thinking MVL», which is an adaptation of « Thinking out loud » by Ed Sheeran
A very nice musical tribute to the French champion!